You know what pisses me off? How so-called gentle parents who preach about the importance of being gentle to your children seem to be the ones always jumping on posts throwing insults and chucking in their 2 pence whenever possible.
I know no one can MAKE you feel anything but sometimes it doesn’t matter how positive and at peace you are with your parenting, people can still make you feel like absolute bollocks if you are clearly berating their parenting and I think most of the time that is their aim.

I’m not on about people giving you factual information and still feeling guilty or defensive over it.
I’m on about mums who think that just because THEY do things a certain way means that every other mum who don’t do those stupid things that don’t even really matter are wrong.

Like in the grand scheme of things does it really matter if you occasionally par your child off to their grandparents for a couple of hours so you can have some down time by yourself or with your partner? To me, it doesn’t matter. As long as your baby or child is HAPPY with this arrangement then who gives a shit? If it’s the difference between your mental health and flying off the handle because you’re so stressed and tired and THIS close to punching someone then I know what arrangement I’d be happier with!

In the grand scheme of things does it really matter that your child had chips and beans for tea for the 3rd night running? No it really doesn’t matter. If they usually have a balanced and varied diet then having beans and chips isn’t going to hurt them. Maybe you’re waiting to get paid so you can buy some moderately healthy food and in the mean time you’re trying to use whatever you can find in the freezer and cupboards. I know I’ve had plenty of those moments.
In the grand scheme of things does it really matter that you only use cloth nappies occasionally? To be honest, it probably does matter yes as disposable nappies aren’t ideal at all. But you know what? We tried cloth nappies and Freddie pissed through every single one of them and they made his bum go red. We were in no financial position to spend a big chunk of money outright to get a different brand of cloth nappies that may not even mix well with him so we’ve been using Aldi nappies ever since and I LOVE them.

Information is great, and informing other mums is brilliant too. But there is a way to inform mums without sounding like a massive dick head. No one is going to listen to you or take you seriously if you jump on someone who is giving their 4 week old breastfed baby a dummy and telling them that they’re going to ruin their breastfeeding relationship and that in a few months it will get easier and because you coped perfectly fine without giving your baby a dummy it means that every other fucker should too. To a new mum, a few months is a bloody long time and a mum should NOT have to struggle on for months at a time keeping her fingers crossed that things will get better just because Fanny Anne from the internet coped perfectly fine. She should be helped and supported and for some mums a dummy is the thing that stops her quitting breastfeeding.

This isn’t about justifying shitty parenting styles. Because lets be honest; some people make awful, selfish and ridiculous parenting choices. But for the most part, if mums are trying their best, if they are responsive to their babies and children’s physical and emotional needs, if they are mostly trying to do better than the day before, then isn’t THAT what matters? Not who feeds their baby tofu and grated carrots for tea every night.

I think everyone just needs to relax a little and CALM THE F*CK DOWN. 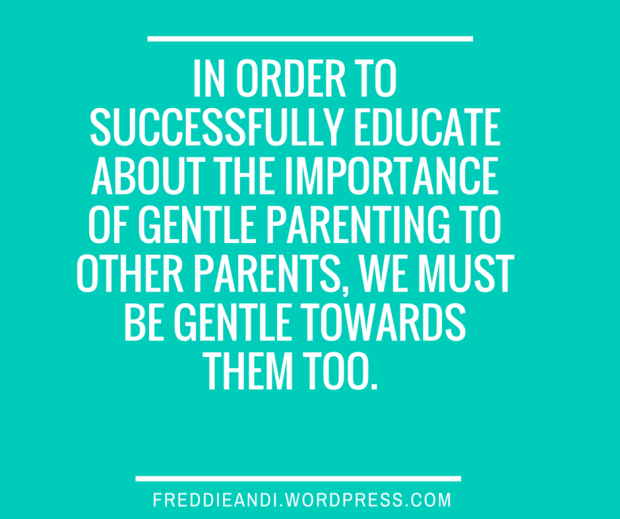 5 thoughts on “In The Grand Scheme Of Things, Does It Really Matter?”